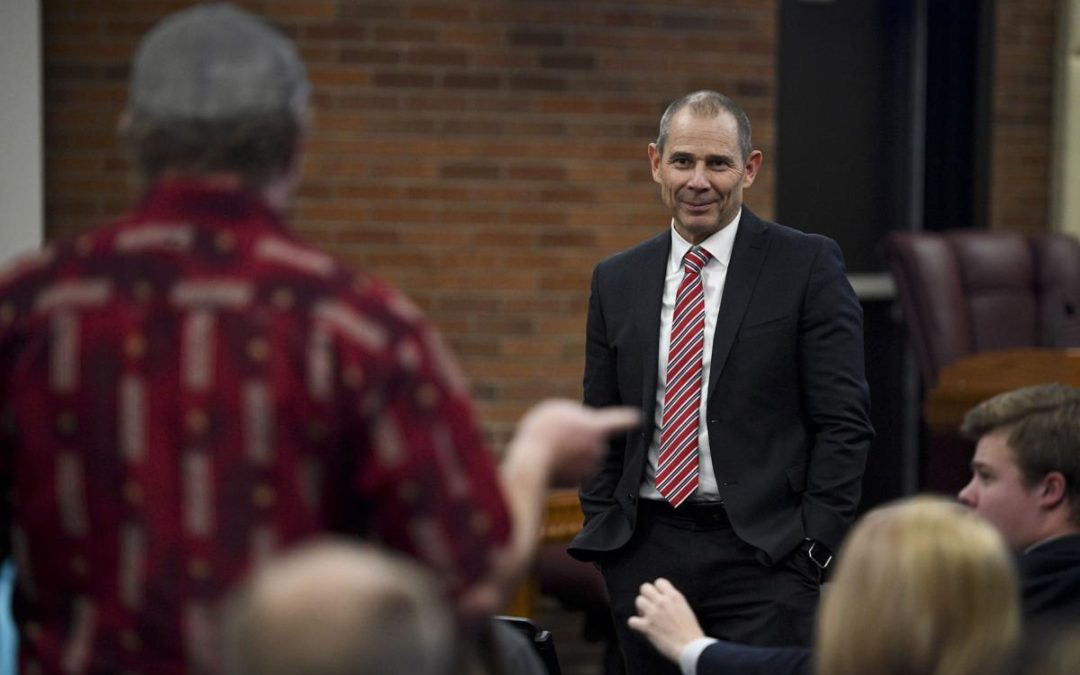 The bipartisan legislation was introduced earlier this month (see here) and is intended to strengthen Taiwan’s standing around the world and comes in response to increased Chinese pressure intended to restrict Taiwan’s international space and global diplomatic recognition.

“I am so pleased to see the TAIPEI Act quickly move through the committee. It’s an honor for me to put this bill forward and I hope it’s a very clear message to our friends in Taiwan to say that friendship is reciprocated and that we appreciate their friendship over the many decades. Our relationship with Taiwan is an important alliance and we must do all we can to empower their democracy and free-market economy—I am hopeful that we can soon vote on the House floor in support of this crucial legislation.”

Statements of support given during the markup:

“As the founder and one of the Co-Chairs of the Congressional Taiwan Caucus, I want to voice my strong support for Mr. Curtis’s TAIPEI Act. Taiwan is a critical ally in the pacific and ought to be a role model for other nations across the globe. Last month the Solomon Islands and Kiribati switched diplomatic recognition from Taipei to Beijing. The TAIPEI Act seeks to discourage other countries from making that same mistake.”

“I want to voice my support for the following measures, which I am proud to cosponsor… H.R. 4754, the Taiwan Allies International Protection Enhancement Initiative (TAIPEI) Act of 2019. The U.S. government should support Taiwan in strengthening its official diplomatic relations. We have witnessed countries like Panama, the Dominican Republic, El Salvador, the Solomon Islands, and Kiribati fall victim to China’s coercion and bribery. Due to this pressure, Taiwan currently maintains full diplomatic relations with only 15 nations around the world.”

The TAIPEI Act recommends a US strategy to engage with governments around the world to support Taiwan’s diplomatic recognition or to strengthen unofficial ties with Taiwan, calls on the State Department to exercise a range of diplomatic and assistance options with regard to any government that takes adverse actions with regard to Taiwan, and articulates a clear US policy to support Taiwan’s participation in appropriate international organizations. The bill also calls on the Administration to immediately begin negotiations on a US–Taiwan Free Trade Agreement.

The Congressman has also fought to protect Taiwan from being treated unfairly on the international stage. In September, he introduced legislation to addresses politically-motivated abuse of the International Criminal Police Organization (INTERPOL) by autocracies [Click HERE to read more]. He also led a bipartisan letter with 46 of his colleagues to US Attorney General William Barr and Secretary Pompeo regarding Taiwan’s lack of participation in Interpol [SEE HERE]. In May, two of Rep. Curtis’ bills passed the house: H.R. 2002 — “To foster security in Taiwan, and for other purposes” and H. Res. 273 — “Reaffirming the United States commitment to Taiwan and to the implementation of the Taiwan Relations Act. Click [HERE] to read more.

Full text of the bill can be found [HERE].