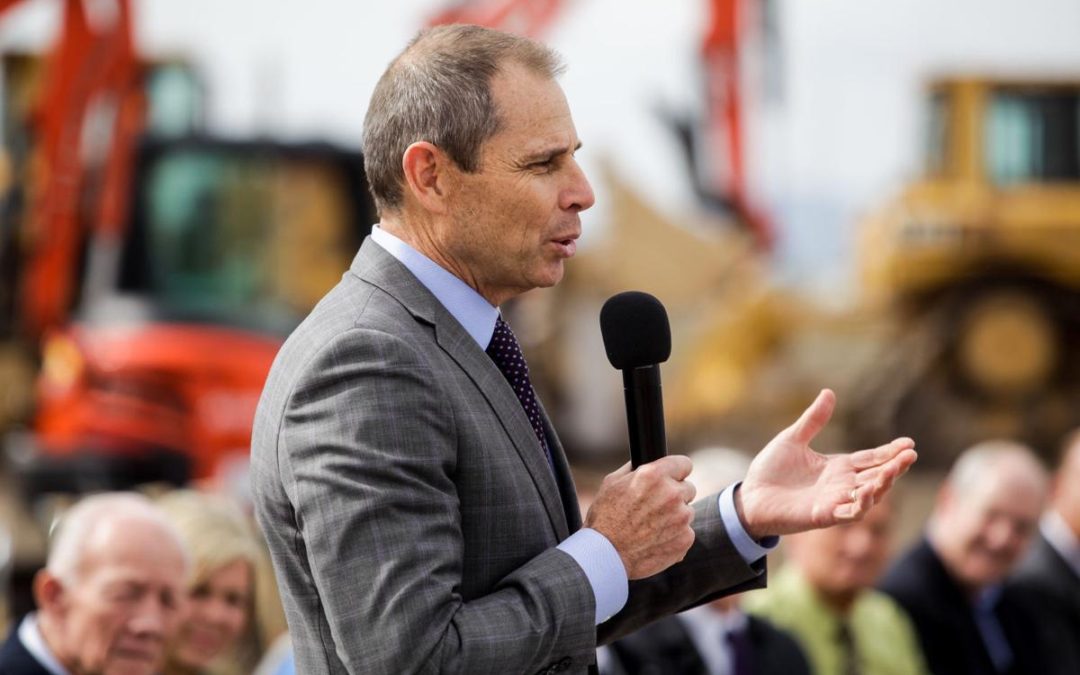 Washington, DC—Congressman John Curtis (R-UT) and Congressman Joe Neguse (D-CO) launched the Bipartisan Wildfire Caucus, a new congressional caucus that seeks to elevate awareness and bipartisan consensus around wildfire management and mitigation, and wildfire preparedness and recovery. Notably, the caucus will require that members join in equal bipartisan numbers, and will serve as a useful tool for facilitating conversations and cultivating solutions for communities facing wildfire.

As their first joint action co-chairing the bipartisan wildfire caucus, Congressman Neguse and Congressman Curtis today introduced bipartisan legislation to help communities recover from the devastating 2020 wildfire season. The Wildfire Recovery Act would increase flexibility in the federal cost-share for Fire Management Assistance Grants (FMAG) to bring in additional resources for communities as they rebuild from wildfire damage.

“Many of Utah’s most fire-prone communities face significant roadblocks when attempting to access disaster relief funds following a wildfire because FEMA lacks the flexibility that they need to quickly start recovery projects and guard against future disasters,” said Congressman John Curtis. “I am proud to partner with my friend and Bipartisan Wildfire Caucus co-chair, Congressman Neguse, to introduce the Wildfire Recovery Act which will provide the needed flexibility to FEMA to get funding and recovery assistance on the ground as quickly as possible. I look forward to continuing to advance meaningful bipartisan wildfire-related legislation and am proud to have co-founded the Bipartisan Wildfire Caucus to do just that with a group of members who understand the impacts of wildfires back home and are equally committed to finding solutions.”

“In Colorado and across the west, our communities are facing unprecedented devastation from more frequent and more intense wildfires. In the wake of Colorado’s record-breaking wildfire season this year, I’ve joined with Congressman Curtis to launch a bipartisan wildfire caucus in Congress to ensure that we are working collaboratively on solutions to suppress these fires, and equip our communities in their wake,” said Congressman Joe Neguse. “Today, I’m proud to introduce the Wildfire Recovery Act, bipartisan legislation alongside Congressman Curtis to help communities in the 2nd district and throughout the west recover from this year’s devastating wildfire season. In the coming months, the Bipartisan Wildfire Caucus will continue to build on this bipartisan collaboration and ensure in the 117th Congress and beyond, Congress is prioritizing the needs of our local fire crews, our western communities, and fire mitigation and recovery efforts.”

Representatives Curtis and Neguse have worked together throughout the 116th Congress to address wildfires in the West. In 2019, together they introduced the Study on Improving Lands (SOIL) Act which evaluates the effects of wildfire and land use practices on the ability of soil to sequester carbon. Last April, they introduced the Wildfire and Community Health Response Act of 2020 aimed at supporting the health of firefighters and mitigating the impact of wildfires on vulnerable communities during the COVID-19 pandemic.

The Bipartisan Wildfire Caucus will: