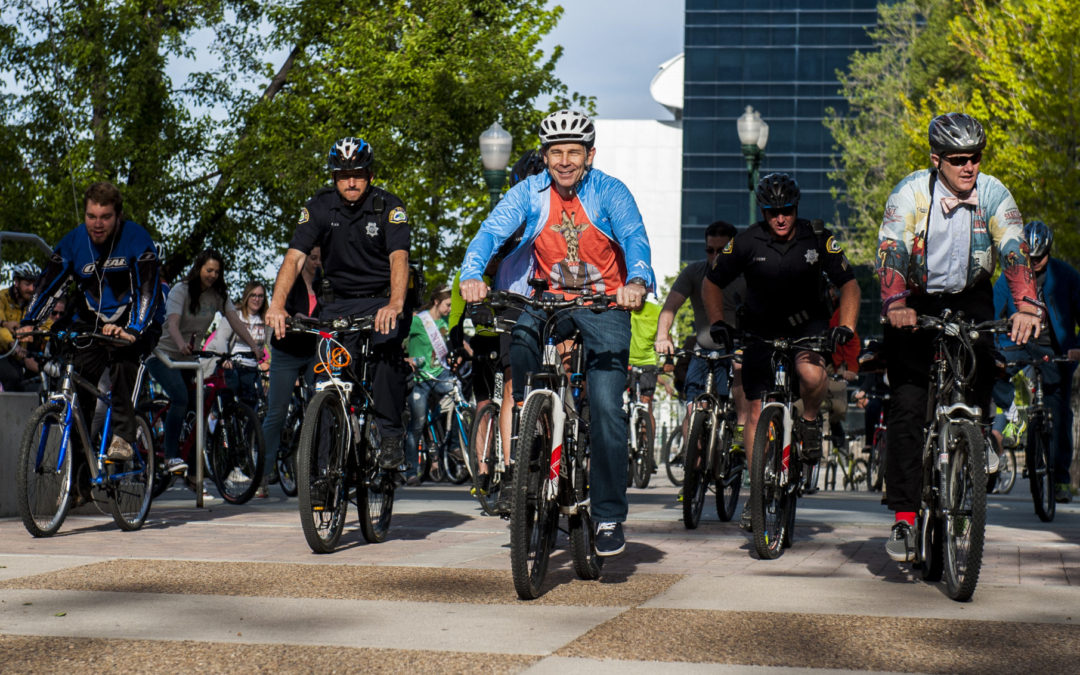 “As Mayor, I was proud to lead by example and biked to work every day to do my part to decrease emissions and support my personal health,” said Curtis. “We should be doing all we can to make it easier for local communities to plan efficiently for non-vehicle transportation. I am proud to join the bipartisan bike caucus to share these benefits with my colleagues in Washington.”

The announcement comes after a recent visit to Provo where Curtis joined BikeWalk Provo on its “World-famous Bike Tour” around central Provo, highlighting many of the great things he himself was a champion of. During the ride, BikeWalk Provo volunteers encouraged Rep. Curtis to join the Congressional Bike Caucus.

“We thank Rep. Curtis for the contributions he’s made for safe and accessible biking and walking infrastructure in Provo. Provo has benefited from his vision, and we believe Utah and our nation will as well.”

The Congressional Bike Caucus includes more than 100 members. The mission of the Caucus is to be the “voice in our nation’s capital for millions of cyclists actively working for safer streets, pro-bike policies, and livable communities.”

Joining the Bike Caucus continues Rep. Curtis’s long history of bike advocacy. Prior to his election to Congress in 2017, Curtis served as Mayor of Provo from 2010 to 2017 where he championed active transportation solutions including protected bike lanes on Cougar Boulevard, UVX (Utah Valley Express) bus rapid transit, and Provo River Trail improvements. The Congressman views biking as part of a bipartisan solution to address climate change.