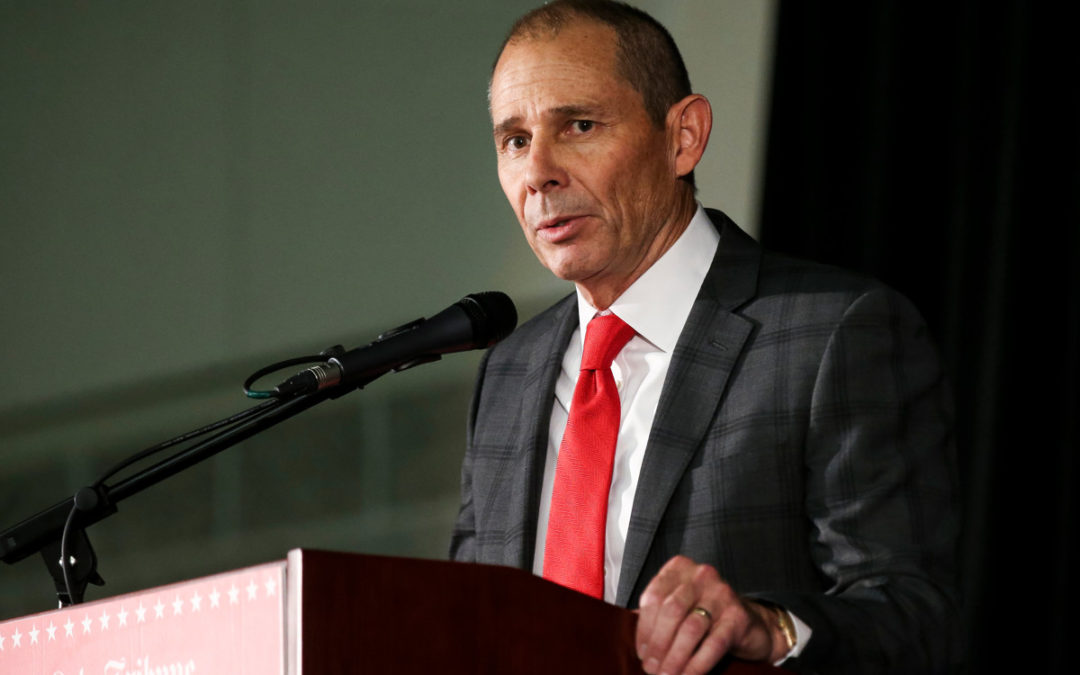 Taken together, these common-sense measures will encourage future investments in underserved communities, bolster current broadband services in underserved communities, and successfully close the digital divide in unserved communities. This is especially important since nearly thirty percent U.S. landmass is federal lands or property, and broadband infrastructure permits on these lands can take up to five years in some cases. In Utah, the situation is even dire with over sixty percent of San Juan County being federal lands and some permits taking up to nine years to complete.

“Mr. O’Halleran and I both represent very similar districts geographically and both share parts of the Navajo Reservation, which lags in its technological capabilities but not due to a lack of trying,” said Curtis. “In many of the rural communities that I am privileged to represent, people are itching for reliable broadband service. The problem is that they are hamstrung by Washington, D.C., bureaucrats who are completely disconnected from the realities that millions of Americans face and especially when it comes to broadband availability. Sensible, bipartisan, and cost-effective reforms such as these will ensure that every parent, student, patient, health care provider, and business owner have reliable internet access that is needed to succeed in the digital age.”

“Rural and tribal communities throughout Arizona experience some of the slowest and most outdated broadband infrastructure in the nation, hamstringing our ability to access the high-speed internet that is so often necessary for work, school, and telehealth,” said O’Halleran, Co-Chair of the Rural Broadband Caucus. “Our bipartisan bill will hold federal agencies accountable for their part in this problem by ensuring they quickly turn around these applications and get the ball rolling for communities most in need.”

“High costs are a large enough barrier to deploying broadband service to rural areas without adding costly, time consuming processes for gaining access to federal lands. On behalf of NTCA’s members, I applaud Senators Daines and Kelly for introducing the Accelerating Rural Broadband Deployment Act to ensure that providers can gain timely approval to access federal rights of way for deploying high-speed broadband networks. This legislation will make it easier to deploy essential broadband service to some of the hardest to reach areas of our country.”

“We all agree on the need to extend broadband infrastructure deeper into unserved parts of rural America, but too often our network innovators bump into red tape and outdated rules that can make construction slow, inefficient or nearly impossible. This is a common sense and bipartisan approach to increase high-speed connectivity from Representatives Curtis and O’Halleran. This plan expedites access to federal rights-of-way and streamlines the building process in service of a universal, bipartisan goal: bring the power and promise of broadband connectivity to every corner of the country.”

NCTA – The Internet and Television Association

“We commend Reps. Curtis and O’Halleran on introducing the Accelerating Rural Broadband Deployment Act, legislation that would accelerate broadband deployment by streamlining access to federal rights-of-way. To ensure that all Americans have access to the internet, federal policy should not only consider subsidizing network construction to reach unserved households, but should also equally focus on removing barriers to broadband deployment – such as obstacles that prevent timely access to federal lands and buildings – that slow private expansion efforts. We look forward to working with the sponsors and other members on this bipartisan bill.”

The bipartisan legislation would specifically: